The Biography of the Prophet 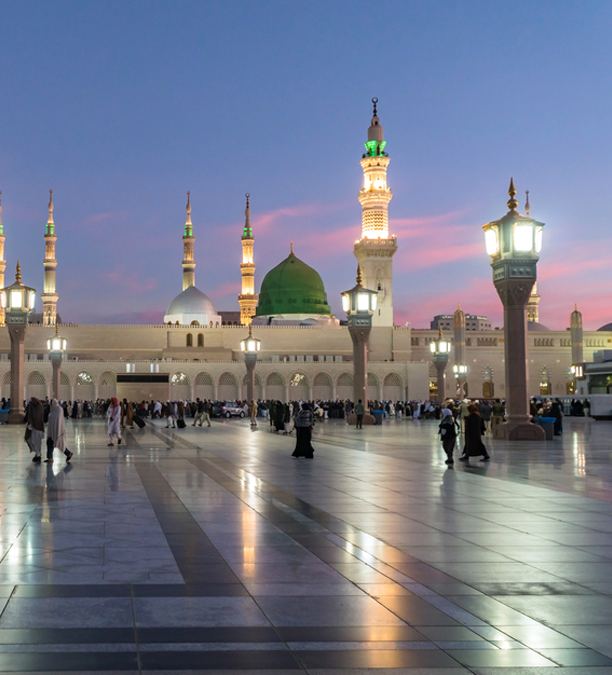 Description: This course has two parts. The two courses will cover the biographical analysis of the life of the last Prophet (PBUH) based on authentic sources covering his life before prophethood, the Meccan stage of preaching, the migration, life in Medina, the Conquest of Mecca, and his death.

Learning Objectives : Students will be able to write a short essay about the social and political situation in the Arabian Peninsula prior to the Prophet (peace be upon him), using this context to note the scholarly deductions of why Islam was revealed in the Arabian Peninsula
Students will be able to present to the class, a video or power point on one of the following choices:
The Prophet’s life and characteristics before and after prophecy; noting the major events and miracles of the Prophet (until the time before the Hijra), how these events changed the course of history, highlighting the socio-political situation in Mecca and the Prophet’s relationship and behavior toward his family, tribe, companions and enemies
The different stages of Da’wah while in Mecca, including challenges and military activities; noting how the Prophet dealt with matters while at home and while traveling, his way in times of peace and at war, his way of dealing with his Lord, with himself and with all creatures, his way with those who agreed with him, those who opposed him.
Al-Isra and Al-Mir’aj, noting the reaction of the Prophet, his companions and enemies, the major lessons and points of benefit from this incident, and how it changed the course of history
The factors that led up to the different migrations of the companions, and the Prophet’s migration to Madinah, highlighting his dawah techniques, challenges, his dealings with those who agreed with him, those who opposed him and those who were traitors, and how the migrations and subsequent events changed the course of history
Students will be able to verbally explain some of the tactical and strategic dawah strategies used by the Prophet (peace be upon him), and then imitate some of the techniques through “role play” in modern day conflict resolution scenarios (i.e. a conversation with an Atheist, teaching non-Muslim family about Islam and Islamic rituals, winning the hearts of Muslim youth who are battling identity crisis, advising their Muslim brother/sister who are engaged in drinking, drugs, dating, etc)
Students will be able to verbally explain with examples, how the Prophet showed tolerance and coexistence towards people of different faiths.thats it for popular courses section.